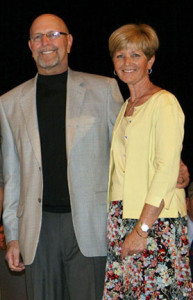 When Robert first met Susan she was an honored and respected middle school educator in Tampa, Florida with a lifelong passion to make a difference in the lives of young people by improving educational experiences and opportunities for children. Robert was a successful businessman from Kendallville, Indiana who found success through hard work, skill, a little luck, and a great deal of passion and integrity. Together they found their mission that would be a reflection of their passion in love and life. The Robert and Susan Kozlowski L.I.F.T. Foundation is the legacy of Robert Kozlowski, who believed that everyone should be respected equally and given the opportunity for success that only an education can provide.

Robert had been diagnosed with Non-Hodgkin Lymphoma in July of 2004, less than a year after he had retired from a successful career in manufacturing. The couple moved to Indianapolis in the fall of 2005, to be closer to doctors, but also to continue to live a life where making a difference was a priority.

Soon after settling into life in Indianapolis, they took the first step in their mission, identifying an urban school district that had teachers and administrators with a passion for children’s success equal to their own. With Susan’s experience as an educator they had more knowledge than most of exactly where and how to begin. 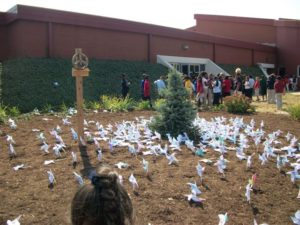 On a fall day in 2005 they walked into College Park Elementary School to meet with Mrs. Twyla Pitman, the principal. The student-friendly environment immediately struck them, with student work proudly displayed, and a theme for the year of “Pinwheels for Peace”. They instantly knew it was “meant to be”— that this would be the perfect place to begin their mission — as Susan always called her dear husband “her man of peace” for his love of nature, his belief in providing opportunity to all willing to work, and his unconditional love for her and family.

Mrs. Pitman and the teachers at College Park embraced the ideas presented, and the Kozlowski’s began providing support such as:

Susan also taught enrichment science classes after school and writing workshops during the school day, with Robert assisting and becoming an important male role model in so many young lives.

By the fall of 2008, it was time to formalize their mission, and the Foundation was formed. The first L.I.F.T. Scholarships were awarded in the Spring of 2009, and 11 teacher grants were awarded for interactive programs. Mini-grants continued to be a part of the mission, as well as the development and implementation of a number of successful student-oriented programs.

Sadly, Robert lost his gallant fight with cancer October 15, 2009, but the mission continues. What started when Robert and Susan walked into College Park Elementary School that fall day lives on with Susan and all of the students touched by the Robert and Susan Kozlowski L.I.F.T. Foundation — who are now living proof that an education has the potential to set one free and lift one up to be all he/she wants to be.

Please login and add some widgets to this widget area.